All Cats Are Grey

By admin | Blog, Snippets | No Comments 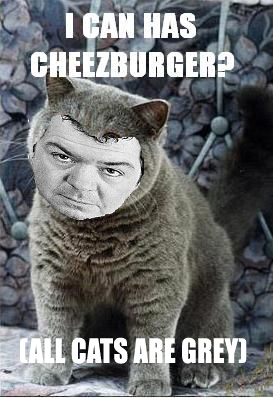 Dammit. Missed out on tickets to The Cure’s “Reflections” show at the Sydney Opera House at the end of the month. They are playing their first three albums – Three Imaginary Boys, Faith and Seventeen Seconds. Would have loved to witness the minimal synth grandeur of those albums in all their truly depressing glory… perfect at the Opera House!

My friend Mickey sent me a great percussion piece featuring marimba today, after our discussions re. film soundtracks. I haven’t included that here, just details on the soundtrack to Badlands, one of my favourite films, and soundtracks, ever – and the original inspiration for exploring the marimba / xylophone for film music.

“LOVE IS STRANGE”
Written by M. Baker, B. Smith, S. Robinson
Performed by Mickey and Sylvia

Edit: Apparently the film’s composer, George Aliceson Tipton, composed more original music for the film than is usually acknowledged (thanks to Adrian below for pointing this out). He can be found discussing this in Rosy-Fingered Dawn a 2002 documentary on Malick’s films (which I’ll now try to track down).

UPDATE: After re-writing this script several times, it would up having nothing to do with aleatoric music, or kung-fu after all. The new script is called “Free Jazz“. I still wanna make a philosophical action movie one day though 🙂 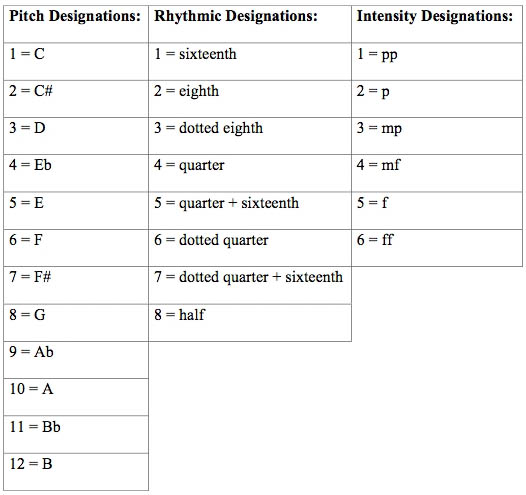 Suzanne Grae and the Katies Live at Everything Must Blow

SGK just played a benefit for Rebecca Stegh’s upcoming film production – a night called Everything Must Blow, with Casionova, MC Pash and Disco Vortex sharing the bill. The gig was at a great makeshift venue at The Cottage (a house) in Brunswick, including a yurt, a tent, a shed and a treehouse! It was a lovely evening, with proceeds going towards camera hire on the shoot. It was Rebecca’s (Katie Kaos) last show with us on bass… have fun in the Americas, Bec!!

Big thanks to Stitches from Tome Fromme for being our amazing guest drummer for the night! Pretty fantastic considering we didn’t manage to do a rehearsal with everyone in the band before the show! And to the Sportsgirls guest-starring Antz-Pantz too, for dancing up a storm.

Here’s a video on YouTube of the last song in our set – “Get The Cake Out Before We Make Out”:

Get in early to avoid disappointment.
Cheap bevvies and a variety of new merchandise heavily discounted…

This very special event will be your LAST CHANCE to catch Suzanne Grae and the Katies’ bargain bass-mint bitch and triangle temptress, Katie Kaos, slamming strings, metal and alcoholic beverages before she leaves our shores and the SGK fashion / musical empire. Katie Kaos will soon be exported to Manhattan, NY, USA where she will attend the New York School of Shaped Metal Percussion to study for a 60 Degree in Equilateral Instruments.

We may be in the midst of a global fashion crisis, but don’t think about closing down, let Suzanne Grae & the Katies and friends open you right up!!!! Remember: Shoulder Exposure not Business Foreclosure!!!!

MORE ON THE MUSIC…

SUZANNE GRAE & THE KATIES featuring the Sportsgirls- shitcore sleaze rock – Inspired by their namesake fashion icons responsible for bringing shoulder padded style and geometric glamour to the suburbs of eighties Australia, SGK are a six piece pop group with 6 ft back up dancers playing timeless original tunes. Now with saxophone AND tamborine available only on bootleg cassette.

CASIONOVA – home keyboard extremist – The neatest, sweetest man of the keys this side of the 80s, Casionova will rock your knee-high socks off, topple you off your pogo stick and make your heart pound like Beat Bank Pattern 47.
http://www.myspace.com/casionovavl1

PASH – lip smackin’ gal rappin’ –this foxy femcee has been rockin’ the mic since she was a teen in Sydney, Melbourne and beyond. Pash raps lyrics with substance to fill you up like a protein shake, in a voice as fresh as newly popped champagne. Her debut album is about to smack you sweet on the lips, ears and all around.
http://www.myspace.com/emceepash

DISCO VORTEX – best band ever or some shit – Coerced out of semi-retirement for Everything Must Blow, this legendary duo flashily rap the now over the trash beats of the future.

OK, so I’m not actually sure what my website is yet… is it just a showreel, or is it a blog? Well today i feel like blogging so here goes.

I’m doing some research for my film school application today, and happened upon “Bone Records”. How cool is this: some young  rebellious rock n roll types in the late 1950s in the Soviet Union wanted to start pressing illegal bootleg records of rock n roll that was seeping into the USSR despite a ban on this booty-shakin, and potentially state-shakin, music by the Kremlin. Not having other materials available to them, they started recycling old medical x-rays – scratching the grooves into x-rays of peoples broken bones and ailing lungs, and distributing them via underground networks. The discs sure do look sweet:

Apparently some of these unfortunate music fans were subsequently arrested and spent years in the Gulag for their crimes. Other daredevil activities that young folk engaged in for the sake of music, truly embracing the spirit of defiance inherent in rock n roll, included ripping off public telephone boxes and using the parts to construct makeshift pickups for electric guitars.

Check out the info, some more pix and comments over here

This thread reminds me of many of the themes we were examining in “Electric Dreams”, and of some of the footage I saw of state-sponsored rock’n’roll manufactured by the socialist governments of Eastern Europe in the 70s to try to co-opt this phenomenon for their own propagandistic purposes, ala Christian rock (though much more entertaining I thought). I’ll have to get hold of some of the documentaries that are mentioned here, I’m still fascinated with the cultural battles of the Cold War. Meantime I should write up some more about the Electric Dreams show…

Here’s me and Louise Terry having our earliest “Electric Dreams”…

(thanks to bec stegh for the photo)

Suzanne Grae and the Katies

By admin | Bands, Music | No Comments

Inspired by their namesake fashion icons responsible for bringing shoulder padded style and geometric glamour to the suburbs of eighties Australia, Suzanne Grae and the Katies are a 6 piece all gal sleaze rock band based in Melbourne, Australia.

It was just this spring season of 2008 that Suzanne Grae met the Katies at a discount outlet over the 50% off rack. The Katies all had their nails into the one peach power suit, and things were getting hairier than a Poison after party. However Suzanne stepped in to suggest the divvying up of the garment between the ladies, shoulder pad by pleat by precious polka dot, and the Katies could not help but come to their fashion senses. They offered to Suzanne both the peach power suit and a promise – To together form a band that would let no obstacle, not broken heels nor lack of musical ability, stand in the way.

We’re also covering cult shitcore band from the 60s The Shaggs’ “Philosophy of The World”, which is proving a real challenge to actually work that shit out given their singularly unmusical compositions.

The Shaggs Philosophy Of Life:

Never judge others until you’ve walked a mile in their footsteps.

Live by the golden rule: Do unto others as you would like others to do unto you.

Dot : Double standards; someone looking over my shoulder; tapping shoulder to get attention.

Betty : Talking about and picking on others.

I like that the Shaggs’ publish a band Philosophy and Pet Peeves, as do Spam on our old website. Let’s compare:

“…A mere glance at any of Spams lyrics will convey their concern for world issues and other very important things, while seeming crude on a surface level, the lyrics are in fact loaded with messages and layers of meaning on all kinds of philosophies. Unfortunately, however many less informed types do not appreciate the subtlities of Spams words, mistaking their insights and observations of the world around them for meaningless utterances about pretty much nothing. Or is it the other way around? gosh, I can never remember…”

So what can we make of this analysis? These bands were both teenagers at the time of releasing these manifestos. It seems to me that between the 60s and the 90s a marked loss of innocence has occurred, and a jaded cynicism has creased the pimply brow of youth. Seinfeld and other assorted pop cultural phenomena in the intervening period appear to have engendered a deeply ingrained narcissism, nihilism and disregard for both truth and meaning. Hmm.

You can never please anybody in this world

Anyways, back to Suzanne Grae and the Katies. Here’s a set list, given that we’ve decided to do covers from some of our previous lady bands from our variously chequered musical pasts in addition to the Shaggs cover:

To this list we can shortly add (once we have composed music to accompany them): Moccasin Man, Dirt Bike Diva and ode to the lecherous leech Down Down Below.

I just uploaded the archive of Spam’s website which was part of the Octapod/Loud Evolver project here: spam.sagaponic.org

Spam was an all-girl band we started in 1994 when we were but 16 years old. Spam was Mantis on keyboards, Yensher on vocals, Megsy on bass, Philthy on drums and myself on guitar. We were more of a concept than a band, none of us really knowing how to play our instruments particularly well. As a result we considered ourselves punk, though our music was more lopsided and melodic, with a bit of jangliness and shoutiness thrown in. One of my favourite heckles of the band was “PLAY SOME ROCK N ROLL!!!” from an aged drunk from the back the Lass O’Gowrie, so I guess we weren’t a rock’n’roll band :{).

Spam played shows at hallowed Newcastle rock venues such as the Hunter on Hunter, Tattersalls Club, Islington Bowling Club and the Lass O’Gowrie (many of which we played underage, sneaking in with our fake ID). We played with bands such as The Hanged Man, Loose and 8-bit breakcore band Nasenbluten.

This photo’s from a show at Islington bowling club. We are wearing the band outfits “a la inconspique”, wardrobe chosen by mantis and yensher.

Stewart was our usual band wardrobe designer however, Megsy can be seen in one of his creations here, pink vinyl seemed to feature a lot. But actually my favourite was when we all dressed as Robert Smith, with a video of Standby Me projected onto us as we played..

We recorded a few of our songs, had tracks on a couple of cassette compilations and a couple of tracks on a tape put out by H records. There are a few video recordings of our shows floating about which I’ll try to put up online at some stage.

Sex Wars: The Musical Workshop (3 min 15 sec, 2007) documentation of the workshop at Cloud City in Melbourne for Camp Betty (a weekend of radical sex and politics) . We were given an exclusive sneak preview of the musical – this is a clip of Sammy’s impromptu performance of “Nancy”.

Mostar Trek (10mins, 2001) is an experimental/documentary of the PirateTV CAN-DU tour of the former Yugoslavia in 2001, produced for the Mixmasters series (Addictive TV) screened on ITV and internationally.