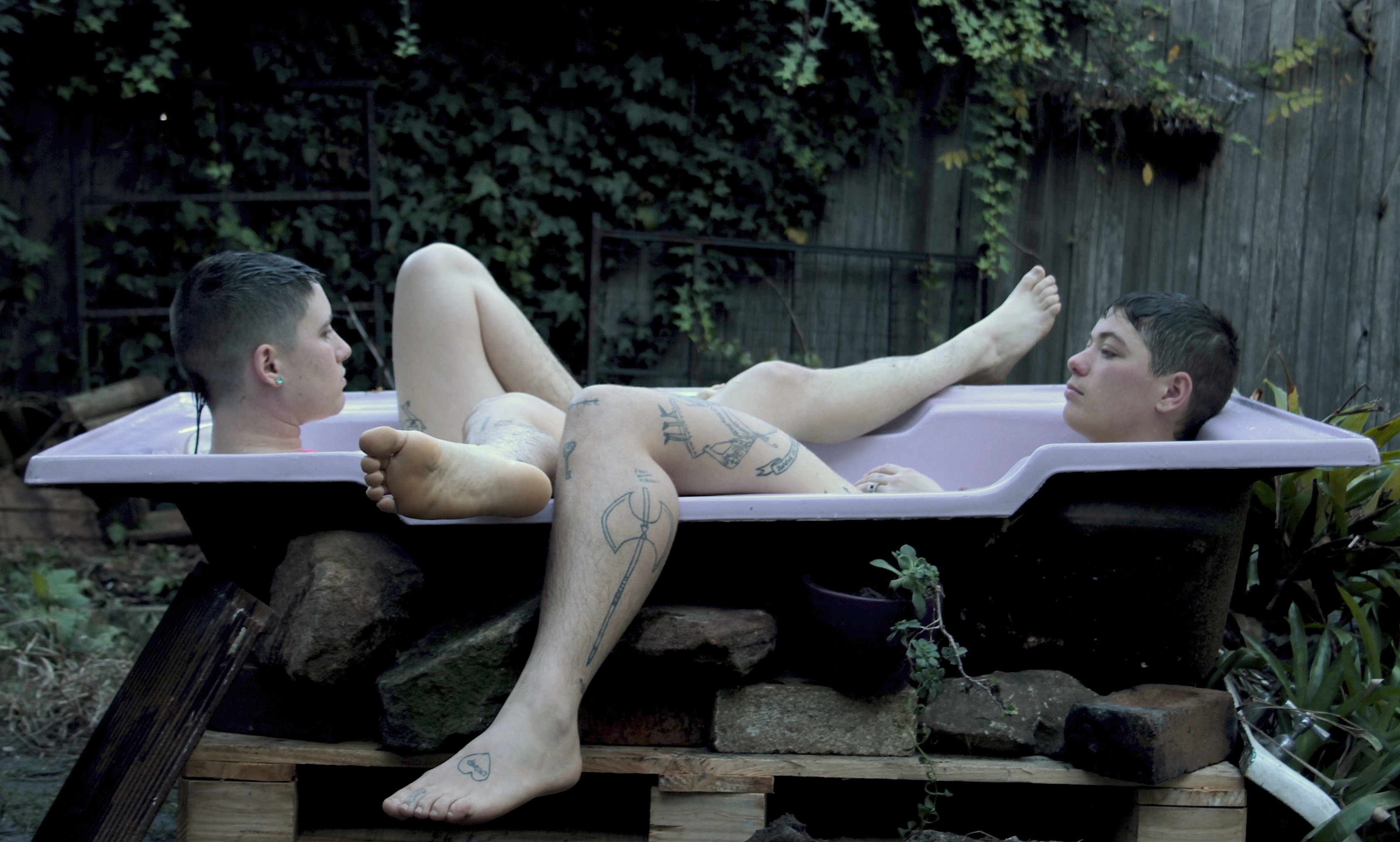 In a mythic cyberfeminist universe, a frustrated young man yearns for affinity and connection. In this age of digital avatars, he crafts a version of himself that is far more corporeal – by stitching together parts of himself to become his own cyborg twin, embracing the radical potential to create the self. However his new clone has been corrupted by a techno-magick virus. This Other self embodies a dangerous idea: that there are parts of ourselves beyond our control.

The story plays out in an affective cinematic mode, largely based on a lexicon of imagery and gesture. It features two transgender men, playing a very queer version of their own characters as they perform aspects of themselves onscreen. Throughout the film they are haunted by a chimera, a post-human personification of the desires, fears and possibilities that form who we might be in the future.

The film features a compelling cast of Sydney queer artists and performers. Jackson Stacy is a sculpture and media artist, Vincent Silk is a writer of poetic science fiction and craft-maker, Justin Shoulder is an acclaimed performance artist.