I’m just starting pre-production on my VCA graduate film “Continental Drift”. I’ll be taking a bit of a European, understated approach for this film, and creating a richly atmospheric visual style. The script is very close to final draft, and we’re beginning to look at casting, crew and securing our locations. I’m really happy to have the lovely Ruth Morris as my Producer, and Kathy Helme (my sister) on board as my fantastic Production Manager for the third time. Very exciting to be getting into the swing of things!

Adele is a young Australian woman struggling to find herself after a break-up. She travels in Croatia in 2001, not long after Yugoslavia was torn apart by war. Staying in an empty hostel by the sea, she meets Antonija and Aleks, whose stories of love and loss reveal some of the painful fractures these conflicts created within families and communities. Contrasts between cultures and experiences mean that Adele becomes a catalysing force, creating change in the lives of people she has these intense, yet brief, encounters with. This moody, romantic drama, set amongst beautiful landscapes, and the rich culture and passionate people of the region, explores the uncanny intimacy that can develop between strangers, and the poignancy of ephemeral romance. 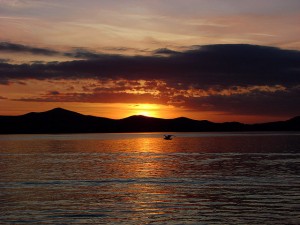