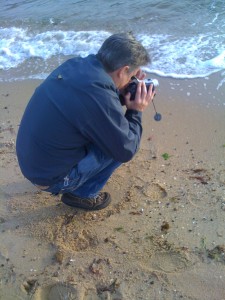 By admin | Photography | No Comments

Final shooting finished on my current short film production “Scrabbled Eggs” a week ago, but I haven’t had time to post the photos from our photoshoot until now as I’ve been busy working on my classmates’ shoots since then. These photos are a few I picked out from the photoshoot we did in Collingwood a couple of weeks back, I’m real happy with how they turned out, mostly thanks to my most wacky friends who were kind enough to be in it :{) This sequence features the two main characters Missy Spelling-It (Eva Pears) and Thesaurius B.I.G. (Ryan Burrett) along with their respective posses played by Texta, Katie, Doushka, Crystal, Ben Hastie, Ben Stegh, Dan and Lachlan. These photos aren’t the exact snaps I’ll be using in the film, or in the exact order, but you get the idea.

I had to do a storyboard in photographs for my film school application recently. We were given three topics to choose from, I chose to do it about the topic “x-ray”. I reworked some characters from an idea Jennie Herbertson and I were working on together sometime ago, after being inspired on a windy holiday on the east coast of Tasmania. I asked my muse, Paul Bourke (of Paul Bourke and the Broken Heart) to be in the photos, even before I knew what the story was. He’s my muse I’ve decided, so that’s how it works :{)

Here’s the story in a slideshow for your viewing pleasure:

A bunch of my lovely friends helped out on the shoot, both in it and out of it. Much love going out to them! And the location was provided by the kindly hosts at Forepaw, much adored venue of shitcore Tasmanian bands and art and things u don’t get to see much other places, sadly closing it’s doors soon!

Scrabbled Eggs is a short I’m making with my friends Ashley Baker and Eva La Revolution.

It involves a dead gangsta rapper, scrabble and plenty of breakfast-related disses, but that’s all I’m saying at this point.